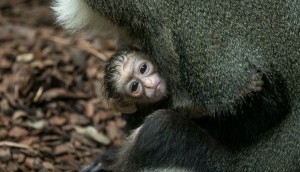 BIRMINGHAM, AL – The Birmingham Zoo is proud to announce the birth of its newest family member.  Around 11:35 AM (CST) on July 27, 2015, a De Brazza’s monkey was born. This is the second offspring for both fifteen-year-old mother, Brittany, and eight-year-old father, Huey. It is the most recent De Brazza’s birth since Poppy, […]

Celebrate the Fourth of July with the Birmingham Zoo

In honor of our nation’s birthday, all active and retired military and their dependents get free admission to the Birmingham Zoo on July 3, 4 and 5 with valid military identification. The Birmingham Zoo invites the community to come out for Fourth of July weekend to enjoy all the Zoo has to offer, including some […]

On Wednesday, July 1, City of Birmingham Mayor William A. Bell, Sr. will address the Birmingham City Cahaba Road project at a ribbon cutting ceremony to highlight the recent improvements to the Cahaba Road roundabout connector between the Birmingham Zoo (the “Zoo”) and Birmingham Botanical Gardens (“The Gardens”). In addition to Mayor Bell, attendees will […]

In recognition of Father’s Day, fathers get in free at the Birmingham Zoo on Sunday, June 21 with the purchase of a child’s full-price admission (one free redemption per paid admission). During the day, guests are invited to feed the lorikeets in the newly renovated Schaeffer Eye Center Lorikeet Aviary*, ride the new Wild Slide*, […]

Saving Animals from Extinction at the Birmingham Zoo

– On Sunday, May 10, mothers can enjoy free admission to the Birmingham Zoo with the purchase of a full-price child’s admission ticket (offer exclusive only on Mother’s Day, Sunday, May 10). Guests can feed the lorikeets in the new Schaeffer Eye Center Lorikeet Aviary*, glide through Alabama Wilds on the Jane H. Brock Soaring […]

On Saturday, May 16, the community is invited to join fellow runners for the Birmingham Zoo’s tenth annual Zoo Run, benefiting the Marine Mammal Center. The tenth annual Zoo Run 5K begins at 7:30am in the Zoo parking lot and finishes in Trails of Africa. Kids races begin at 8am in the Junior League of […]

On Friday, April 24, the Birmingham Zoo’s Junior Board hosted its fifth annual Tails in the Trails event presented by Harbert Management Corporation. Beginning at 6:30pm, over 600 attendees were greeted by Jack Hanna, international TV personality and star of the FOX show, “Jack Hanna’s Into the Wild!” Guests were also greeted by an African […]

On Friday, April 24, from 6:30-10:30pm, the Birmingham Zoo’s Junior Board will host its fifth annual fundraising event, Tails in the Trails, presented by Harbert Management Corporation. Attendees will enjoy live music by Gentleman Zero, bar-b-que, animal encounters, a silent auction and a cash bar sponsored by Cathead Vodka and Cahaba Brewing Company. New this […]