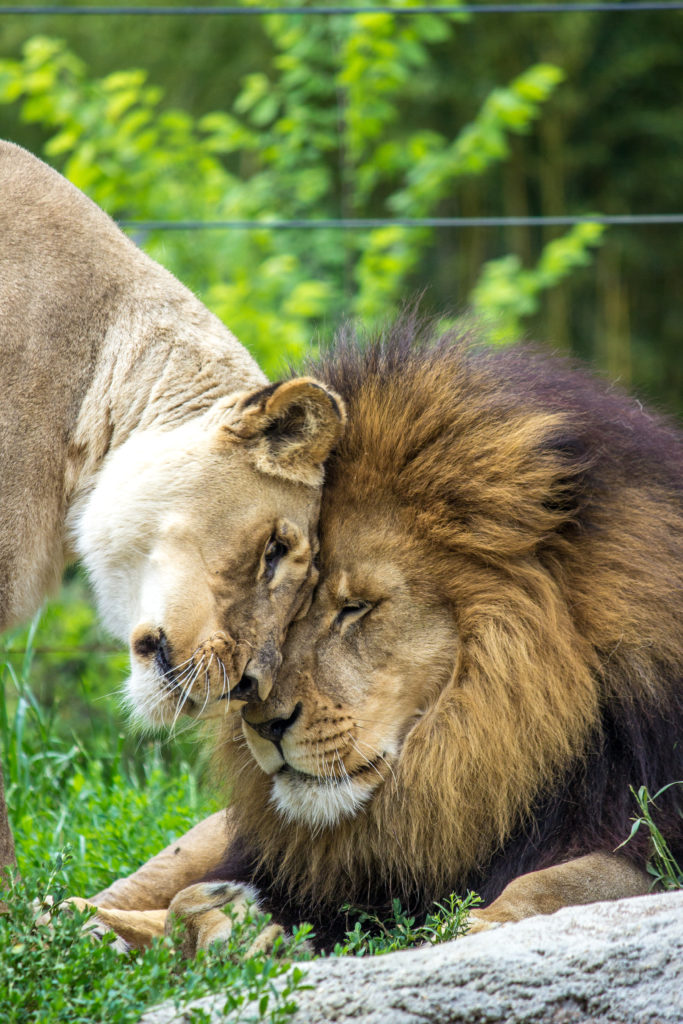 One of the state’s most popular attractions, the Birmingham Zoo, is an ever-evolving adventure. Guests come from around the Southeast to see animals such as red pandas, lions, giraffes, orangutans, rhinos, bears, elephants, sea lions, zebras, a jaguar, a hippo and many more.

From Trails of Africa to the Children’s Zoo and everything in-between, the Birmingham Zoo features animals from all over the world, with signage highlighting the Zoo’s amazing animal care, conservation initiatives, and Species Survival Plans.

With approximately 550 animals of 180 species and endangered species from 6 continents, the Birmingham Zoo’s 122-acre site is the perfect place to visit any time of the year.

In 1999, the Birmingham Zoo became an independent not-for-profit 501 (c) (3) organization. In the short time following this privatization, the Birmingham Zoo has hosted traveling exhibits of bats, Koalas and Black-Footed Penguins, added permanent exhibits of a Komodo Dragon and interactive lorikeet aviary and regained accreditation with the Association of Zoos and Aquariums (AZA). Most notably, the Zoo completed the Junior League of Birmingham – Hugh Kaul Children’s Zoo, a $15 million anchor exhibit dedicated to children and devoted to urban, rural and wild animals and environs of Alabama, in April 2005 to coincide with the Zoo’s 50th birthday celebration.

The Birmingham Zoo is uniquely poised to blaze new trails in the history of elephant conservation. The forces of expertise and opportunity are aligned perfectly for the advancement of elephant conservation. This new exhibit, “Trails of Africa,” designates the Birmingham Zoo as a national leader in the care and conservation of threatened elephants. The Zoo has embarked on a bold new initiative, one that is intended to set new benchmarks for the care and breeding of elephants in the United States. Visitors can experience, explore, and become educated on the new and existing animals and their expanded exhibit areas.

Trails of Africa features an elephant herd of exclusively male African elephants. It also includes ground and aerial observation opportunities that provide education and entertainment to hundreds of thousands of visitors who can enjoy this one-of-a-kind experience.

With its botanical and cultural immersion-themed motif, Trails of Africa creates an immediate impact as a prestigious, world-class community asset. It is an economic engine for growth and tourism, and a science and ecology hub for primary schools. Trails of Africa is a place where adults and children alike can observe African wildlife and, in the process, they can also be enlightened about the plight of endangered animals and inspired to support global wildlife conservation efforts.

To view a complete list of the Zoo’s Board of Directors, Junior Board and Senior Management visit the links below.