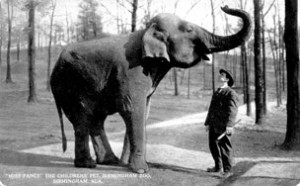 Mona, the Zoo’s first elephant, arrived in 1955, the same year the Birmingham Zoo, once known as The Jimmy Morgan Zoo, opened.

Do you remember the excitement you experienced as a child when you visited a zoo? Feeding the animals and spending time with your family or friends? If you are from Birmingham, you may remember Monkey Island or fishing in the ponds, or riding the train through the tunnel. Whatever those memories may be, zoos aim to entertain and place to share experiences with family and friends.

The History of the Birmingham Zoo

The first post-war support for a new zoo came from the Junior Chamber of Commerce. In 1946 Elton B. Stephens chaired a Jaycee committee to create a zoo. Planning and discussion continued until 1949. City Mayor James R. Morgan was a key supporter and instrumental in the success of this new initiative. A Zoo commission was established and decided to build the Zoo on 50 acres of land with a budget of $250,000. The budget would be spent to build Monkey Island, an elephant house, bear moat, birdhouse, snake pit, and seal pool. Funds were raised through private donations, charter memberships, and in-kind donations from a broad base of community and business supporters. Monkey Island, the Zoo’s first official exhibit, was dedicated on April 2, 1955. The Birmingham Zoo operated as a quasi-private venture until the City Commission decided to assume responsibility in November 1955 with an initial annual budget of $663,000. Some years later the Birmingham Zoological Society was created to raise funds to supplement the escalating Zoo needs.

During the ensuing decades, the City of Birmingham had many needs more important in human terms than the Zoo. Such was the case with many municipal zoos, and Birmingham was no different. Funding for the Zoo was inadequate to maintain and operate it at acceptable professional standards. A series of Master Plans were developed but never came to fruition due to lack of funding. The need for significant improvements became increasingly evident by the 1990s. With so many financial demands on the city taking precedence and no leadership when it was needed most, the Zoo lost accreditation by the Association of Zoos & Aquariums (AZA). 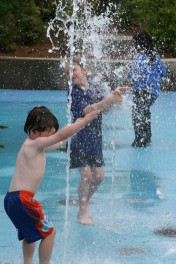 As with many endeavors, it takes the right people at the right place and the right time to come together with an esprit de corps and undeterred commitment to make things happen.

In 1999 Mayor Richard Arrington led the way for the privatization of the Zoo, recruiting strong community leaders to serve as the first Board of Directors of a new organization, Birmingham Zoo, Inc. (BZI). The new organization established a transitional funding package with contributions from four government entities to support BZI during its first five years of operation.

BZI is now in its nineteenth fiscal year as a private, non-profit organization. An intense 18-month effort addressed the most pressing and immediate problems so that the Zoo could become accredited by the AZA once again, ranking the Zoo in the top 10 percent of animal holding facilities in the nation. The Zoo also received 501(c)(3) status from the IRS, and the Zoo’s first major capital campaign was launched in January 2001. In 2006, the Zoo was ranked as the number one tourist attraction in the state of Alabama.

William R. Foster, DVM, joined the Zoo as Chief Executive Officer in January 2004. Foster, a veterinarian and leading zoo management authority on the national scene, is the Past President of the Association of Zoos and Aquariums and was president and executive director of the Louisville Zoo for many years. 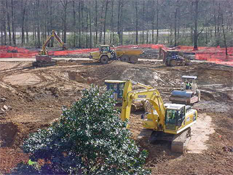 In 2005, the Zoo completed the Junior League of Birmingham – Hugh Kaul Children’s Zoo, a $15 million anchor exhibit dedicated to children and devoted to urban, rural, and wild animals and environs of Alabama to coincide with the Zoo’s 50th birthday celebration. The Zoo launched an interactive Sea Lion Splash Show in 2007 sponsored by Red Diamond. This wet, wild and fun show features the comedic behavior of sea lions, such as talking, whispering, dancing, and special interactions with the audience.  The show increases public awareness of the conservation of marine mammals. Kori Kountry is an immersive exhibit, constructed entirely by zookeepers, that features Kori Bustards, a Kookaburra, and more.

Today, The Birmingham Zoo is blazing new trails in the history of elephant conservation. The new signature exhibit, Trails of Africa, designates the Birmingham Zoo as a national leader in the care and conservation of threatened elephants. The Zoo is embarking on a bold new initiative, one that is intended to set new benchmarks for the care and breeding of African elephants in the United States. Trails of Africa is a mixed-species exhibit featuring the all-male African elephant herd in the United States, giraffes, duikers, rhinos, and much more. Trails of Africa also includes ground and aerial observation opportunities providing education and entertainment to hundreds of thousands of visitors who can enjoy a one-of-a-kind experience.

Since its Grand Opening in April 2011, visitors have been able to experience, explore and become educated on the new and existing animals and their expanded exhibit areas. With its botanical and cultural emersion-themed motif, Trails of Africa has created an immediate impact as a prestigious, world-class community asset. It is an economic engine for growth and tourism and a science and ecology hub for primary schools. Trails of Africa is a place where adults and children alike can observe African wildlife and, in the process, become enamored with the charm of many different species; they will also be enlightened about the plight of endangered animals and inspired to support global wildlife conservation efforts.

In 2017, the opening of the Henley Park Event Lawn concludes Phase 1 of the Zoo’s Renew the Zoo Capital Campaign. Henley Park is named after Arthur C. P. Henley, the fourth great-grandson of Charles Linn and third great-grandson of John C. Henley, Sr., two of the founding fathers of the City of Birmingham. Arthur was instrumental in the formation of the public-private 501 (c)(3) status of the Birmingham Zoo in 1999. Phase 2, which opened June 2019 is a welcoming new entrance, membership office, the Hugh Kaul Plaza, the Altec/Styslinger Learning Center and event rental spaces.

Phase 3, which will include the renovation of the existing Predator building, is being designed to highlight the following Asian species:  Malayan tiger, Komodo dragon, Sumatran orangutans, red pandas, Pallas’s cats, and fishing cats, as well as other Asian species. 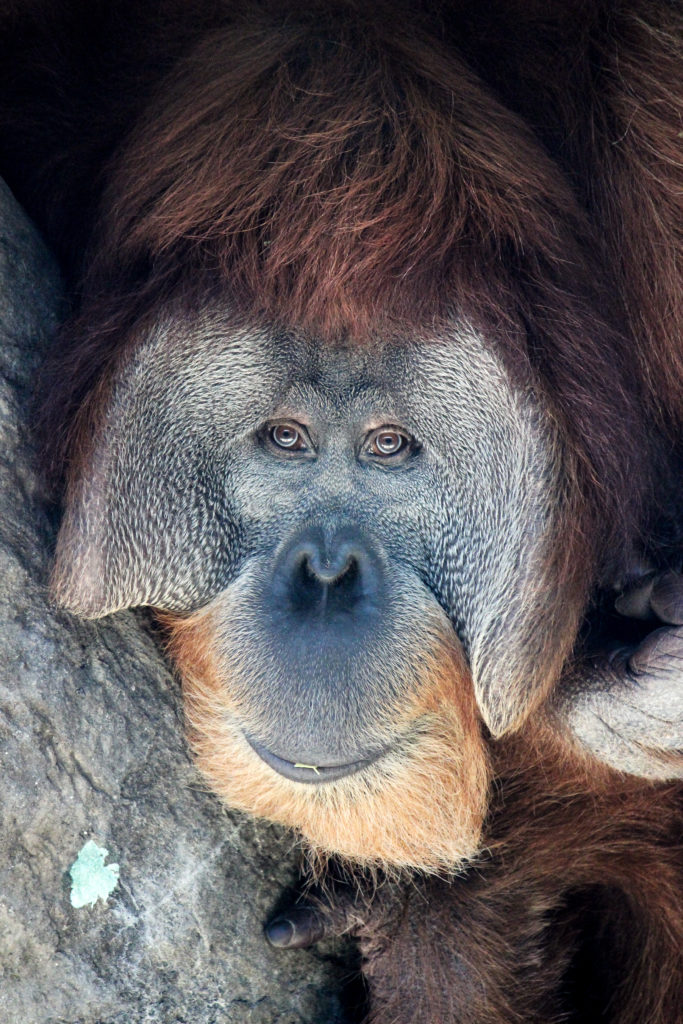 Phase 3 of the Asian Passage campaign will transform the current Predator building into a home for animals, such as the red panda, the Komodo dragon, and a variety of other species.  Upon entering the Asian Passage habitat, guests will be transported and have their senses ignited by the architecture, music, art and of course, the animals themselves.  These habitat changes will allow our Sumatran orangutans to have greater access to the outdoors, create a stunning home for a Malayan tiger and improve visitors’ viewing areas to observe Animal Care Professionals and the species in their care. 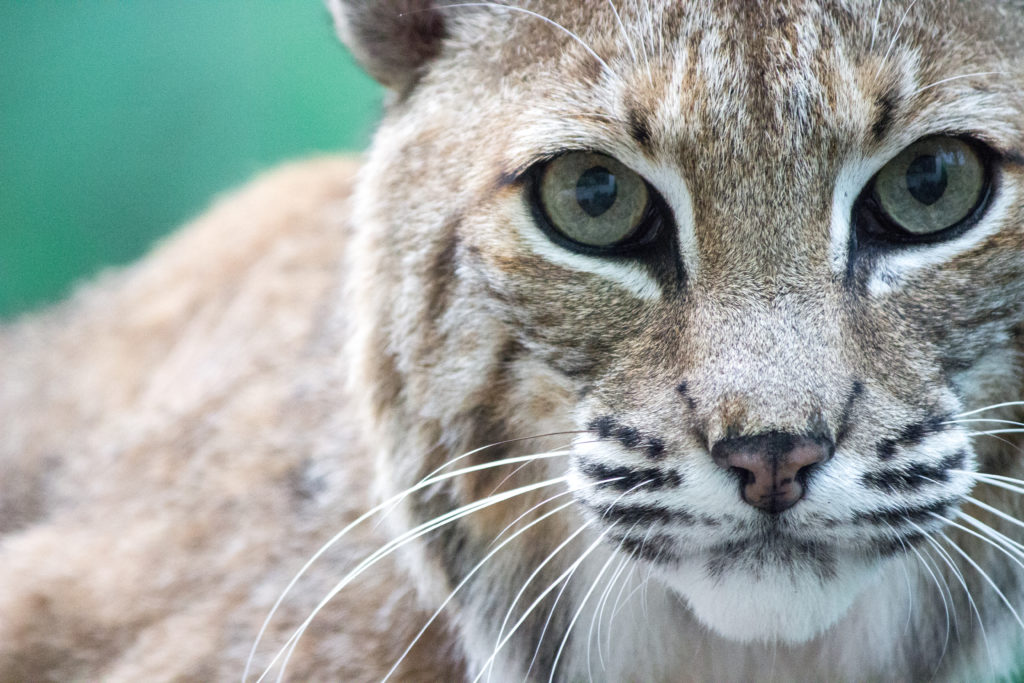 We invite you to meet your neighbors…the wild ones in your backyard and in your woods! Alabama is one of the nation’s top five most ecologically diverse states. As the Predator building is transformed into the Asian Passage, these animals will need new homes in the Alabama Wilds.  Your contribution will help build new habitats for golden eagles, cougars, and bobcats.