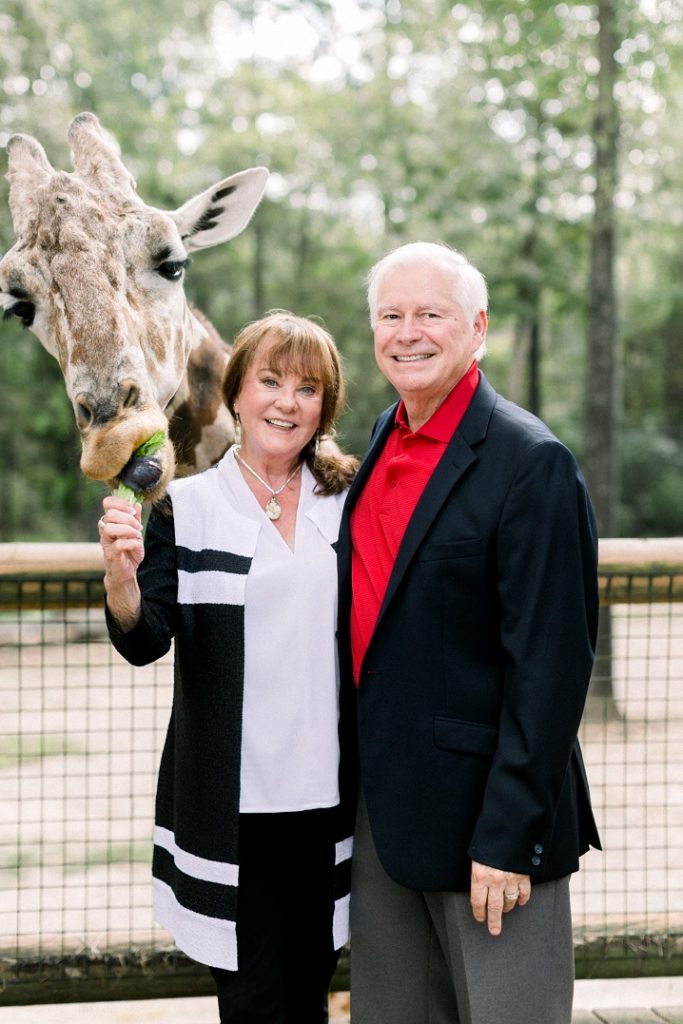 After retiring for the second time in 2003, Larry, and his wife, Phyllis, moved to Birmingham from Michigan and Arizona and quickly became involved in the community. Following an event at the Birmingham Zoo, they were touched when meeting and talking to various Zoo Animal Care Professionals. “We were captivated by the care and passion they [Animal Care Professionals] have for what they do at the Zoo every day,” say the Wojciechowskis.

The Zoo’s Animal Care Professionals as well as staff from all departments are passionate about the wellbeing of animals in their care as well as wildlife and wild places. The Zoo’s PiCA program was created to support not only conservation, but also the professional development and passion of the Zoo’s employees. The Zoo’s PiCA Program and Conservation Manager, Terra Manasco, has felt the positive effect of the program, saying “It has been one of the most satisfying things of my entire career to watch my fellow employees pursue their interests, expand their professional skillsets and get the Zoo out in the field making a direct impact on conservation. These are truly passion projects and staff demonstrates that enthusiasm on a daily basis as they share their stories from the field with our guests.”

The Wojciechowskis wanted to establish an endowed gift that would provide income to the Birmingham Zoo’s PiCA program annually. Coined the Phyllaris Fund, these funds will support grant awards to Zoo employees participating in the PiCA program. “We wanted to ensure that Birmingham Zoo employees will be able to fulfill their passion and research of the natural world. We are so fortunate to be able to make this gift to the Zoo’s PiCA program and to be able to see our legacy in action,” say the Wojciechowskis. The Phyllaris Fund endowment is the first of its kind received by the Birmingham Zoo.

President & CEO of the Birmingham Zoo, Chris Pfefferkorn, is honored by the Wojciechowskis’ immense philanthropic gift to the Zoo, saying “With this generous gift by the Wojciechowskis, the PiCA program will continue to have a direct, positive impact on our efforts toward the conservation of species, further the Zoo’s mission, and support our staff’s professional development. We are deeply grateful for the impactful support of Larry and Phyllis.”