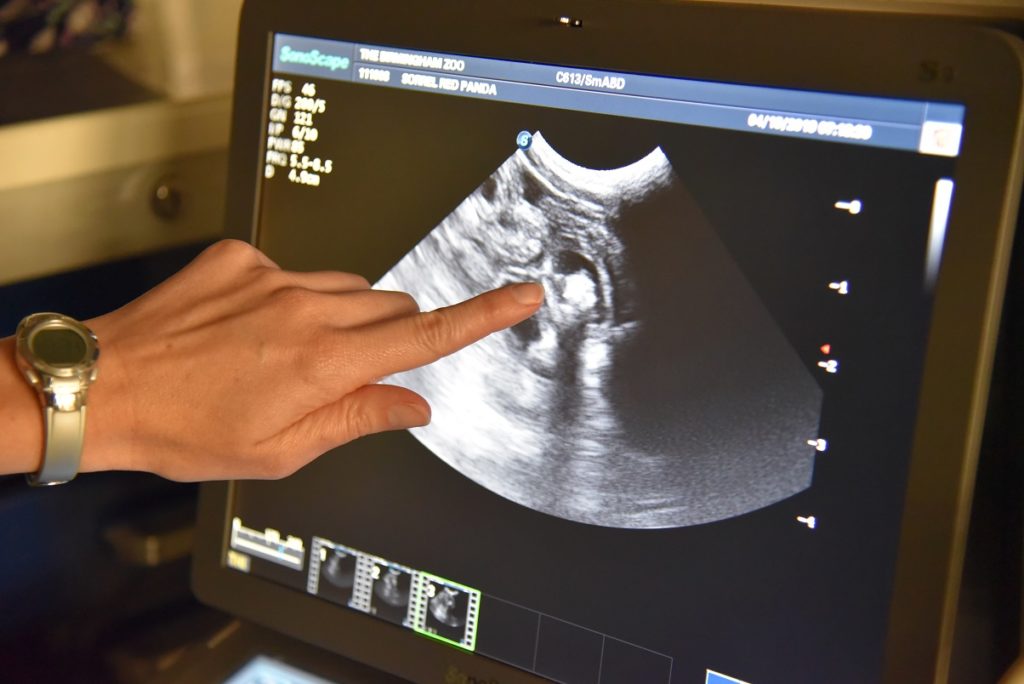 The Birmingham Zoo is thrilled to announce that our 8 year old female red panda Sorrel is pregnant, through natural breeding with our male red panda Parker.

Birmingham Zoo veterinary staff confirmed her pregnancy after performing an ultrasound exam earlier in the week. This pregnancy will be the second for expectant mother Sorrel. She gave birth to her first litter of two cubs in May 2013 at the Birmingham Zoo.

In order to assess her due date the Zoo’s veterinary staff will closely monitor Sorrel’s pregnancy. Red pandas have an estimated gestation of 98-145 days. “Based on fecal hormone analysis we anticipate her due date to be sometime in late May or early June, “said Birmingham Zoo Director of Animal Health Dr. Stephanie McCain. Sorrel’s ultrasound showed at least one cub but red pandas typically give birth to one or two young.

In preparation for birthing, Sorrel will have her choice of comfortable nesting dens in a behind-the-scenes area away from her habitat in the Zoo’s Predator building. “When she starts to prepare her den, this will help us know that she is getting closer to giving birth,” said Dr. McCain.

Once the cub or cubs are born, the Zoo’s staff will continue to monitor their growth and habits via live video. “We will be hands on to weigh the young cub(s) regularly,” said Dr. McCain, “the process of routine weighing helps us to better predict and anticipate any problems before they arise.” 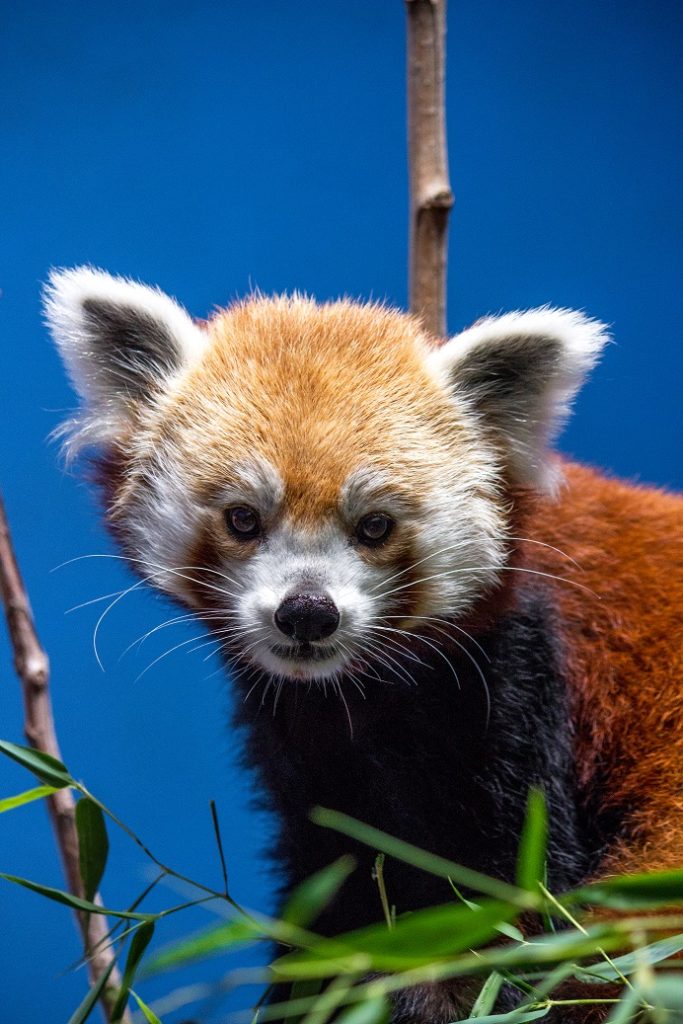 In addition to the cub(s) growth, staff will monitor Sorrel to ensure that she is comfortable and accepting of her cub(s). Red panda mothers are known to exhibit stress and agitation after birth, so the well-being of both mother and young are crucial. Red panda cubs are born blind and helpless. They are very dependent on mom for at least 3-4 months.

“Sorrel’s pregnancy and anticipated birth is significant for the Birmingham Zoo and crucial for the red panda species,” said Birmingham Zoo President & CEO Chris Pfefferkorn, “red pandas are endangered and their survival continues to decline in the wild. Birmingham Zoo’s commitment to the conservation of the red panda and the other 230 species found at the Zoo is critical for their continued survival.”

“Infant mortality in red pandas is fairly high, often due to maternal neglect. However, after the birth of Sorrel’s first litter, she was able to successfully raise her two cubs on her own,” said Dr. McCain, “her chances of raising future litters are better.”