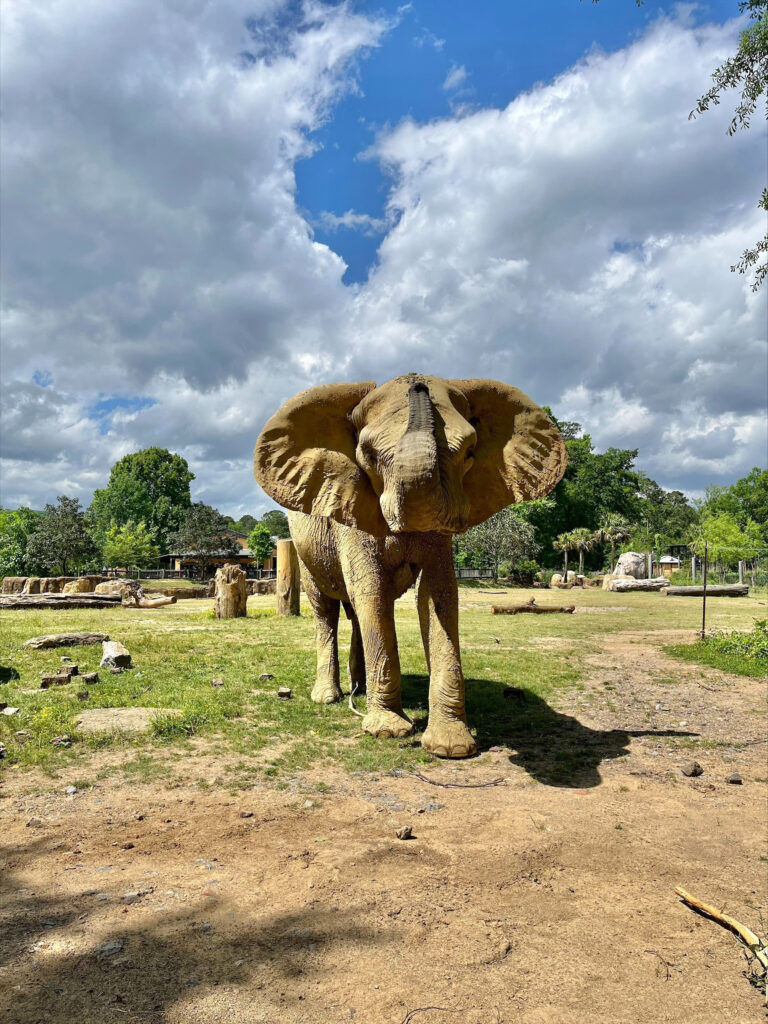 The Birmingham Zoo is pleased to report that the tusk removal procedure on our beloved 41-year-old male African elephant, Bulwagi, has been a great success.

Bulwagi had a crack in the side of his one remaining tusk when he arrived at the Birmingham Zoo in 2010. There was an attempt to remove the tusk in 2016 due to complications that could arise if the tusk were to become infected. The Zoo team and outside specialists were unable to remove the tusk at that time, but were able to trim the tusk in such a way to keep it clean and reduce chances of infection.

Over the past few months the crack and the tusk have been changing at an accelerated rate, with pieces breaking off and the decision was made to attempt to remove the tusk again to prevent future health concerns.

A specialized veterinary team of two renowned veterinarians, Professor Gerhard Steenkamp and Dr. Adrian Tordiffe of the University of Pretoria in South Africa, was brought in to perform the tusk procedure. Veterinary and elephant staff from the zoo community from all over the U.S. also attended to lend a helping hand.

“The surgery went great,” according to Adam Brooks, Birmingham Zoo Assistant Curator and Elephant Manager. “We were able to remove all of the tusk and Bulwagi recovered incredibly well.”

“The procedure was as close to perfect as we could have hoped for,” said Birmingham Zoo Director of Animal Health, Dr. Stephanie McCain, DVM, Dipl, ACZM. “Bulwagi did great under anesthesia and we were able to remove the tusk without any issues,” she explains. “It was incredible to see our teams and people from other institutions come together to make this procedure a huge success story.” 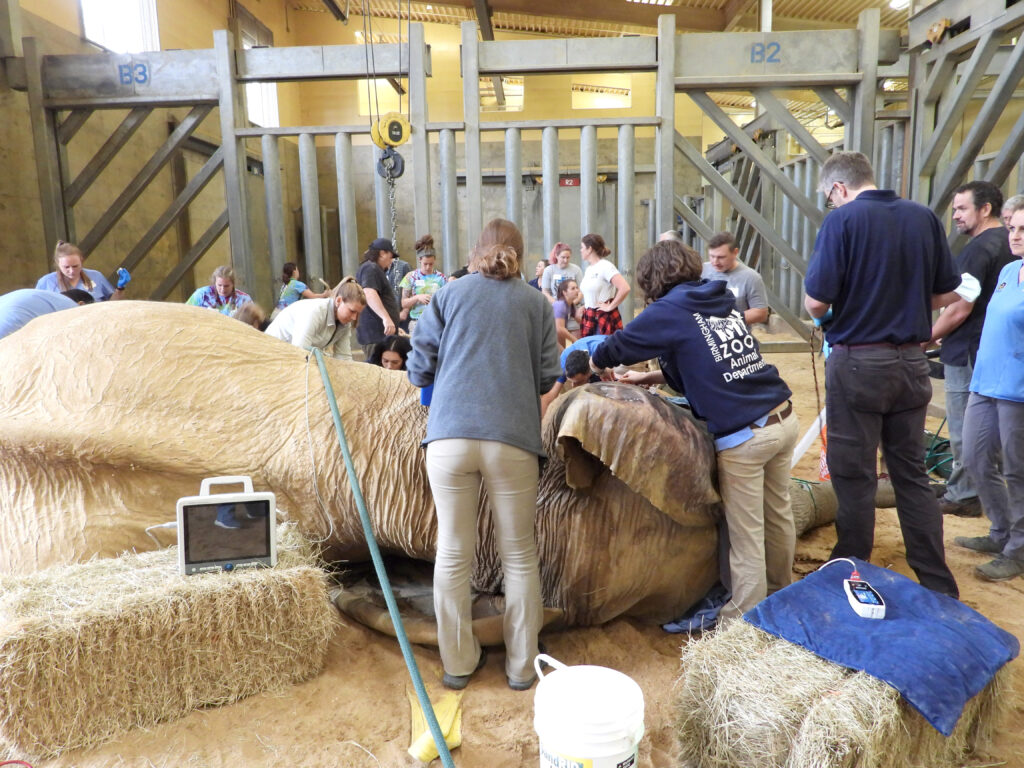