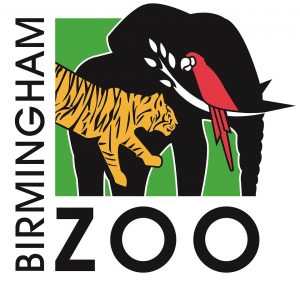 Since 2002, Wells Fargo has made important donations to the Zoo promoting educational programming and scholarships, as well as major community events like Boo at the Zoo and ZooLight Safari. This year, Wells Fargo has generously awarded a $65,000 grant for general operations and education, which address two of the company’s focus areas of inclusion and sustainability.

Birmingham Zoo President & CEO Chris Pfefferkorn states, “Wells Fargo has been a long-time partner, helping the Zoo serve the community as a safe, friendly place for all people to enjoy nature.  Being inclusive and accessible to everyone is an important mandate that was set out in the Zoo’s strategic plan. We are grateful to Wells Fargo for their generous grant award.”

The Zoo received a $50,000 grant award from the Robert R. Meyer Foundation to support general operations. The Robert R. Meyer Foundation is a charitable foundation that seeks to provide charitable assistance, improvement, and betterment to Birmingham area residents. The Foundation has been an important contributor to major capital projects since 2001, including Trails of Africa, Junior League of Birmingham-Hugh Kaul Foundation Children’s Zoo, and naming the Sumatran orangutan habitat for the future Asian Passage.

In June, the Alabama Power Foundation awarded a grant to the Birmingham Zoo to serve as a match to kick off the Zoo’s fall appeal to raise $500,000 for the Emergency Animal Fund by year end. The Alabama Power Foundation has been a supporter of the Birmingham Zoo since 1999 when the Zoo became a not for profit and has since contributed to every capital project.

Karen Carroll, Vice President of Development, said, “We are so grateful to have the support of the Robert R. Meyer Foundation, Wells Fargo Foundation, and the Alabama Power Foundation. These significant commitments have helped the Zoo during these unprecedented times. The Zoo anticipates a projected operating loss of $2.7million at year end. These significant funds will provide critical support for the professional care and attention that each Zoo animal receives daily.”

Now more than ever, your Birmingham Zoo is in urgent need of funding. We are asking the community to support your Zoo during this uncertain time by demonstrating the power of kindness and generosity through donating. If you are able, please consider a one-time contribution or a recurring monthly donation to our Emergency Animal Fund at www.birminghamzoo.com/donate. Your generous gift ensures the Zoo’s daily operating cost of $30,000 to feed and provide vital care to over 550 animals and endangered species. Gifts of all sizes are important and make a tremendous difference.

Your Birmingham Zoo is grateful for the many charitable donations from caring members of the community who continue to come together in support of this beloved cultural institution. Thank you for believing in your Zoo as an essential part of the community and as an asset to our great city of Birmingham.