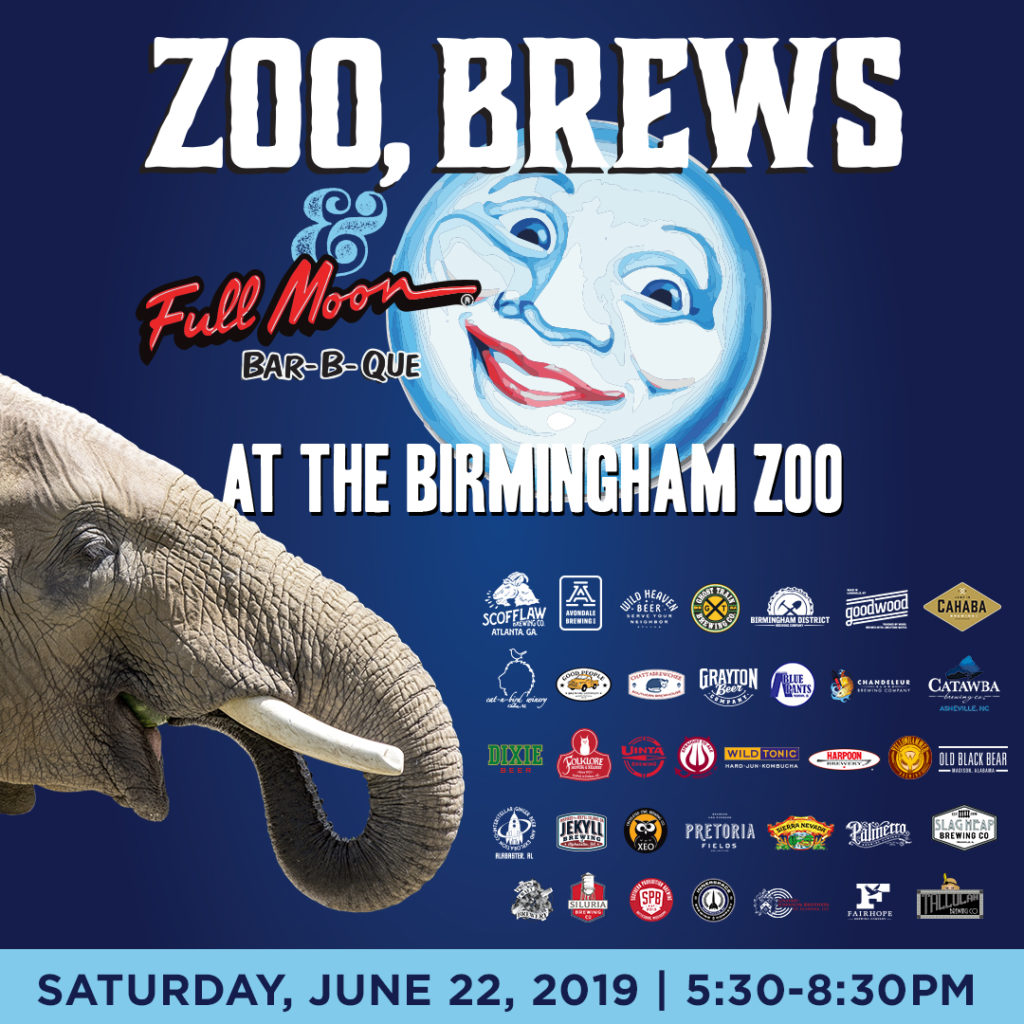 The Birmingham Zoo invites the community to the fifth annual Zoo, Brews and Full Moon Bar-B-Que event this Saturday, June 22 from 5:30pm until 8:30pm.

Craft beer fans will love and enjoy a fantastic selection of drinks from some of the finest specialty brews around. Guest can enjoy samplings of over 100 beers from 37 breweries from all over Alabama and the southeast! In addition to beer, there will be plenty of other libations, including wines and non-alcoholic beverages. Attendees will also delight in a tasty dinner provided by Full Moon Bar-B-Que!

Our annual beer fest is perfect for adults and families. Special events and activities for the evening include music, lawn games, animal greetings and walkabouts, unlimited rides on the Red Diamond Express Train and Full Moon Bar-B-Que Wild Slide, plus so much more! On display as a special treat, will be a Talladega Superspeedway pace car. Guests will be able to access animal areas in the Predator building, Children’s Zoo Barn, and South America/Primates building until 7pm. *Visible outdoor habitats also open until 7pm include elephants and giraffes (*weather dependent).

Zoo Brews general admission tickets are on sale now! Guests who are under the age of 21 and guests who are designated drivers can purchase specialized tickets to the event. VIP tickets are available for a limited number and include early event admission at 5pm, premium parking, an additional number of drink tokens, as well as unlimited slide and train rides. Children under the age of three receive free admission to the event!