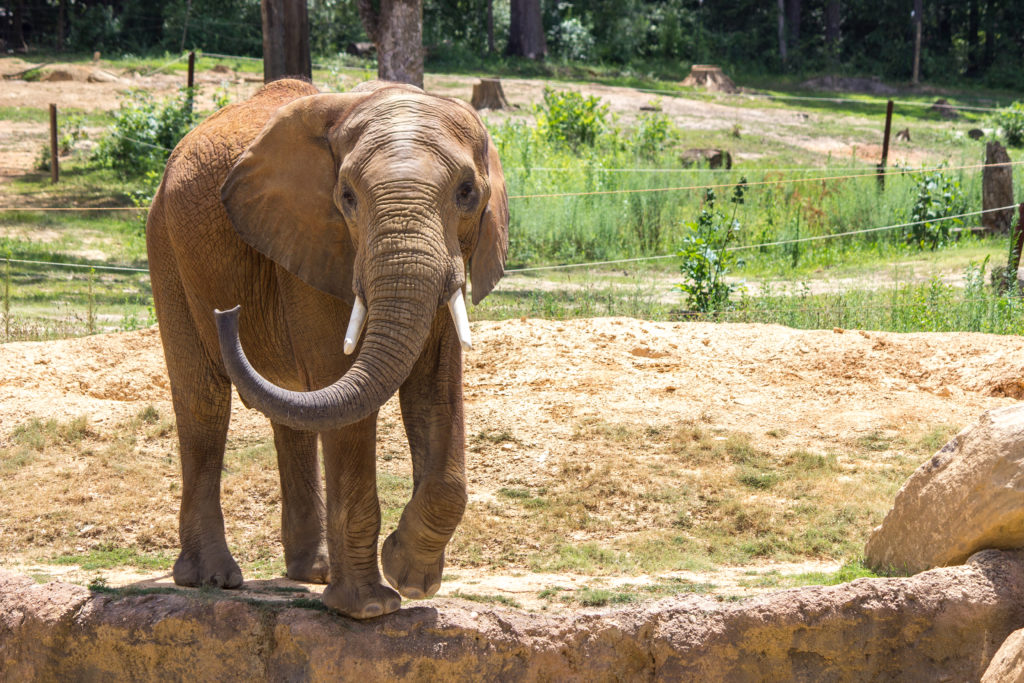 Birmingham Zoo’s 18 year old male African elephant Callee has moved into a breeding herd at his new home at Omaha’s Henry Doorly Zoo and Aquarium, accredited by the Association of Zoos and Aquariums (AZA).

Callee will join a herd of six African elephants, five female and one male, based on a recommendation from the African Elephant Species Survival Plan® (SSP). The Birmingham Zoo joins other zoos around the world in maintaining SSP programs, cooperative breeding and conservation initiatives.

Callee will have the opportunity to breed with Omaha’s Henry Doorly Zoo and Aquarium’s five female resident African elephants to help sustain this endangered species and aid in the expansion of the population. African elephants are listed as vulnerable on the IUCN Red List of Threatened Species due to poaching and loss of habitat. Wild African elephants are being lost at the rate of 96 a day in Africa. AZA accredited zoos continue to answer the call to action by providing support to elephant conservation all around the world so that these magnificent animals will survive into the future.

“The Birmingham Zoo is the only AZA accredited Zoo in the state of Alabama and takes pride in being a part of the conservation of wildlife and wild places. Species Survival Plan® programs align with the Zoo’s mission of Inspiring Passion to Conserve the Natural World,” said Birmingham Zoo President & CEO, Chris Pfefferkorn. “While Callee will of course be missed by all Birmingham Zoo staff, volunteers, and guests alike, we look forward to seeing him grow and have the chance to build a family of his own.”

Callee’s new home will be located in the Suzanne and Walter Scott African Grasslands that spans 28 acres. Omaha’s Henry Doorly Zoo and Aquarium is home to the largest indoor elephant herd space in North America at 30,000 square feet and includes a 150,000 gallon filtered pool. Combined, the indoor and outdoor Elephant Family Quarters total more than five acres. The Omaha’s Henry Doorly Zoo and Aquarium is a great place for Callee to join a new herd so he can continue developing and growing into the role of an adult breeding male.

African elephant Callee will be greatly missed by his entire Birmingham Zoo family but we are excited for his future and new adventures!