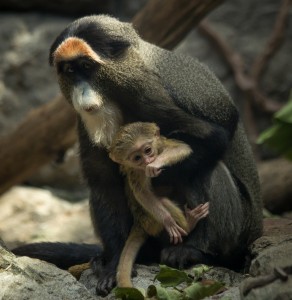 On Monday, January 13th, the Birmingham Zoo concluded its Facebook naming contest for its newest addition, and is pleased to announce the baby giraffe will be named “Griffin.”

Since his arrival, Griffin has been doing great. He has been outside during the warmer days of this month, is continuing to nurse and is thriving in his environment. His energy level remains high, and he is constantly on the go, running and playing. Birmingham Zoo staff continues to monitor his progress. Since his birth, the baby giraffe has grown three inches and now stands at a healthy six-feet and five inches tall. In the coming weeks, guests are welcome to see Griffin on the Savannah Yard. 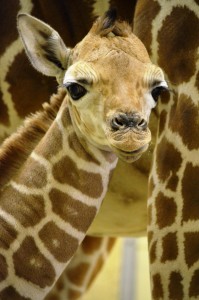 The Birmingham Zoo proudly rang in the New Year with the arrival of its latest family member.  At 12:12 AM (CST) on January 1st, 2014, a male, reticulated giraffe was born making it the first giraffe birth of any North American accredited Zoo for the year. The baby giraffe has undergone a complete physical exam, weighs approximately 140 pounds and stands at an estimated six-feet and two inches tall.This is the first offspring for both five-year-old mother, Willow, and seven-year-old father, Jalil. It is the most recent giraffe birth since Willow’s birth at the Birmingham Zoo in July 2008.The new arrival is nursing and is in the process of bonding with his mother in a warm holding area due to the seasonally cold temperatures. The Zoo staff believes the baby giraffe takes after his father with similar markings and mannerisms. In the coming weeks, guests are welcome to see the baby giraffe in the Savannah Yard.

Take a look at the Zoo’s newest family member, as he makes his debut to the community! 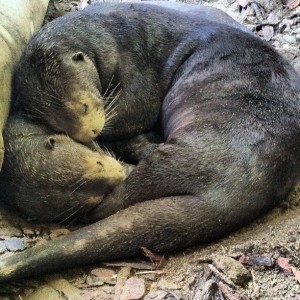 There’s a new species at the Birmingham Zoo… giant river otters! Two females, Karina and Lara (born November 2011 and January 2011, respectively) come to the Birmingham Zoo from Zoo Miami. Commonly known as “river wolves,” giant river otters are typically found in isolated and remote areas within freshwater lakes and rivers in South America. These large aquatic mammals are the world’s longest otter, and sometimes measure to be up to six feet long! They’re dark brown in color with the exception of large, creamy white patches on the underside of their long necks. These creamy white patches form a pattern that is thought to be unique to each individual otter, similar to a human fingerprint.

As one of the largest predators in their region, the giant river otter can feed on a wide variety of animals. Their diet consists mainly of fish, such as piranha, crabs, small caiman alligators and small anacondas. While they used to be quite common throughout South America, they’re now one of the most endangered species in the rainforest as a result of habitat destruction and water pollution. Several efforts are underway to help giant river otter conservation, though some illegal hunting still occurs.

The Zoo invites you to visit these magnificent mammals in their newly renovated exhibit in the Primate Building!